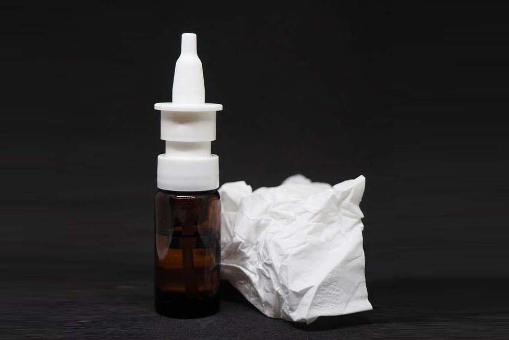 The beneficial properties of salt and sea water were already known to the ancient civilisations of China, India and Greece. Two centuries ago, with the emergence of modern medical science, salt solutions have found wide application in the form of injections/infusions, as treatment for illnesses of the respiratory tract, eyes and the skin. When it comes to the healing effects of sea water, of particular importance are the dozens of microelements which have an immediate effect on the cells, both in the human body and the microorganisms. The basic ingredient in sea water is sodium chloride, which is also the element which enables its application in the treatment of various illnesses. However, it should be pointed out that before it can be used for medical purposes, sea water must first observe certain conditions (or be modified) in order to have the intended healing effect and to avoid undesirable ones. The first condition is to use water of high purity which does not contain any heavy metals, organic hydrocarbons (oil, petrol, lubricants), pesticides or insecticides which reach the sea via freshwater tributaries, nitrates, phthalates and various microorganisms. Ideal are the areas with a great change of sea water (e.g. areas with significant fluctuations between high and low tide) and without potential polluters in the surrounding area (industry, agricultural land). Of special note is the presence of planktons (plant, bacterial and animal) which has to be eliminated for the solution to be appropriate for further modification and for the preparation of a medicinal solution. The usual salt level (of around 3.5% NaCl) typically causes irritation of the nasal mucosa despite its obviously beneficial properties. The salt level in our cells and bodily fluids is 0.9% NaCl (so-called normal saline). Numerous studies have shown that a solution of 2.3% NaCl has the optimal hypertonicity which combines the beneficial effects of hypertonic sea water with excellent tolerance.

The nose is extremely important for the functioning of the respiratory tract. It is the first part of the respiratory tract and the main pathway for air into and from the lungs. The nose cavity is covered with a protective membrane called the nasal mucosa. The nose filters, warms up/cools down and moistens the air before it moves towards the lower airways, sinuses and ears. The fact that an estimated 10,000 m3 of air streams through the nose speaks of its significance. The surface of the nasal mucosa encompasses an estimated 180 cm2 (comparable to the surface of the palm of one’s hand). Furthermore, an almost identical mucosal surface is found in various cavities (sinuses) surrounding the nasal cavity. In addition, the nose is an organ of smell and contributes to the sound of the voice and the sense of taste.

The nasal mucosa contains an extremely large amount of blood vessels; it is considered to have significantly more capillaries than the muscles or liver. This is understandable, considering the amount of air that needs to be moistened and heated/cooled down. The capillaries are highly permeable which enables them to perform their role very effectively. However, it should be noted that these features also enable medication administered through the nose (in the form of drops or powder) to enter the bloodstream very quickly and to spread through the entire body. Part of the mucosa where the nasal nerves exit the skull base (covering a surface of about 10 cm2) enables the said medication to directly enter the brain fluid and the brain, avoiding what is known as the blood-brain-barrier which creates a considerable obstacle for medication to enter the brain from the bloodstream. Decongestants for the nasal mucosa (colloquially called drops for “unclogging” the nose) have an intense effect on the blood vessels which leads to a reduction in mucosal swelling and secretion production; however, it is yet to be determined whether they affect the blood vessels in the brain. Drops with added antibiotics and corticosteroids should therefore be avoided, especially in early childhood.

The nasal tract mucosa contains cilia which are immersed in mucus. The mucus contains mucosal antibodies which can instantaneously deactivate a large number of bacteria, viruses and fungi. The cilia “sweep” the mucus towards the back of the nose in coordinated waves, where it slides down the throat and is swallowed, rather than being inhaled into the lungs. The stomach acid then destroys all harmful impurities. The nasal cilia beat around 400 to 800 times per minute. In some cases, they beat at a slower rate and are less effective in cleaning the mucosa. This can be the result of infections, low or high air temperature, air pollution (e.g. cigarette smoke), some types of medication (e.g. antihistamines – anti-allergy medication), excessive dryness of the air, or an inborn cilia disease which causes them to move considerably more slowly or become completely paralysed.

When the nose is congested due to a swelling of the mucosa, the density of the mucus is increased. This usually leads to breathing through the mouth, which weakens the normal protective function of the nose and interferes with sinus ventilation, which, in turn, stimulates the development of the infection and spreads it to the sinuses, ears and lower airwaves. The most common causes of nose congestion include infections, allergies, a hyperreactive mucosa, reactions to medication, physical exertion, hormonal changes (hypothyroidism, diabetes, pregnancy), gastric reflux (retraction of the contents of the stomach into the nose), polyps and air pollution.

How does the 2.3% sea water solution work?

The heightened concentration of NaCl in the solution causes the “extraction” of water from the swollen nasal mucosa. This makes the mucosa thinner and decongests the nose. Moreover, the ionic strength of numerous sea water minerals weakens the ionic bonds between the components of the mucosa, making it more fluid and easy to remove, and the mucosa moister. In addition, increased salt concentration indirectly prevents the growth and spread of causal agents of the infection on the nasal mucosa. The 2.3% sea water solution accelerates cilia activity (research indicates a 20% increase), which raises the efficiency of the natural mechanism intended to cleanse and protect the mucosa. Finally, this type of solution significantly reduces the production of so-called inflammatory mediators – chemical substances which are released during the inflammation and which cause swelling, redness and mucus secretion.

Interestingly enough, a plain (so-called physiological) NaCl solution (0.9%) did not demonstrate these effects, either in clinical or laboratory research.

Numerous studies point to good results when it comes to nasal decongestion, reduced secretion, as well as the elimination of the need for additional medication intended to relieve discomfort. Most importantly, all studies suggest excellent tolerance to the solution, which means it can be administered without limitations when it comes to age (from infancy onwards), types of accompanying diseases (heightened activity of the thyroid gland, high blood pressure, heart and brain diseases) or conditions (pregnancy), or the duration of therapy. It is excellent for maintaining daily nasal hygiene, for athletes (it facilitates breathing during physical exertion) and persons who have become addicted to nose drops (decongestants). The only thing to bear in mind is the size and complexity of the surface of the nasal mucosa, which requires the solution to be administered amply and with the use of an atomiser (spray or a nasal rinsing system).

Finally, the same effect is achieved in the mucosa of the lower airways, so the solution is recommended for inhalation therapy in all illnesses accompanied by mucosa swelling and heightened secretion (infection, allergy).