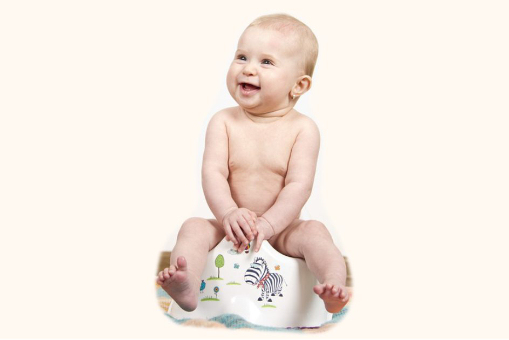 This early childhood issue is a common topic of discussion in expert circles and among parents. The most commonly asked questions include how to get the child to stop wearing diapers and when to start establishing control over urination and defecation.

This process is usually spontaneous and does not cause significant problems for the child or the parents. However, it can become a source of frustration. Why does this happen? Problems related to potty training are usually encountered with the first child, which suggests that their cause lies perhaps in parents’ attempts to monitor and control the child’s activities which should actually be autonomous and spontaneous. At some point, the parent decides the time has come for the child to be potty trained and invests a lot of energy and emotions into teaching the child how and when to use the potty. While this process nowadays no longer (or only rarely) involves physical coercion (violent placing on the potty, punishing the child’s “failures”), many parents seem unaware that coercion can also be psychological. It communicates (verbal, non-verbal, paraverbal) parental expectations and frustration caused by failure. These cases often involve other problems related to regulating the child’s autonomous functions, such as eating and sleeping disorders, excessive parental engagement following every sign of displeasure from the child. Experts call the parents’ need to control everything, based on their own evaluation of the child’s needs, excessive control. Problems occur because parents (wrongly) assume they can properly evaluate children’s needs, denying them the opportunity to develop their own mechanisms of self-regulation (when and how much to eat, when to sleep, what to do when they are bored, sleepy or dissatisfied with something). In families with more than one child, parents are more experienced, assume a more spontaneous and relaxed approach, and there are objectively fewer possibilities to focus all their love and concern (or frustration) on one child.

Parents often try hard to explain what a potty is and how to use it to a child who can already use the latest mobile phone model.

In a small number of cases, parents recognise children’s need to defecate and place them on the potty on time. With a relaxed approach and praise, it is possible to establish this routine very early – sometimes even before the age of 12 months. Variations in age related to defecation control are considerable and depend on several factors: the emotional relationship between the parents and child, the child’s biological (physical and psychological) maturity, and the family environment. Most children succeed in establishing control over urination and defecation between the ages of 2 and 3. Most parents decide to remove the diapers during the summer. Recent decades have seen a trend of moving the beginning of potty training to a later age, which some experts attribute to the use of disposable diapers (there is no discomfort caused by a full diaper, and therefore no reason to establish control); however, certain social factors should not be overlooked, such as the smaller number of children in the family, the age of women giving birth for the first time, and difficult conditions faced by young families today.

Some children will not defecate if they are not wearing a diaper. They play all day and when they feel the urge to empty their bowels they look for the diaper and sometimes hide from other family members (e.g. they squat behind the couch). Such behaviour may be caused by hard stools (which need to be softened by means of an appropriate diet), but may also be part of a game – a special way of communicating with the parents. In that case, parental frustration exacerbates the problem. An easy-going, seemingly disinterested approach and rewarding success (using the potty) can easily solve this problem.

Establishing control over bedwetting can take longer and last until school age. If the child is fast asleep (you cannot wake the child) and if other members of the family have experienced the same problem, this is probably a case of primary nocturnal enuresis. After a certain age (3–4), the night-time diaper should be removed. If the child continues to urinate, make sure they are actively involved in cleaning the mess (as much as possible), and avoid showing signs of frustration. Since bedwetting is not a deliberate act and is outside the child’s control, criticism will create a strong sense of guilt, which is likely to exacerbate the situation (more frequent nocturnal urination) and cause behavioural problems during the day). If bedwetting reappears after 6 continuously “dry” nights, consult your physician.