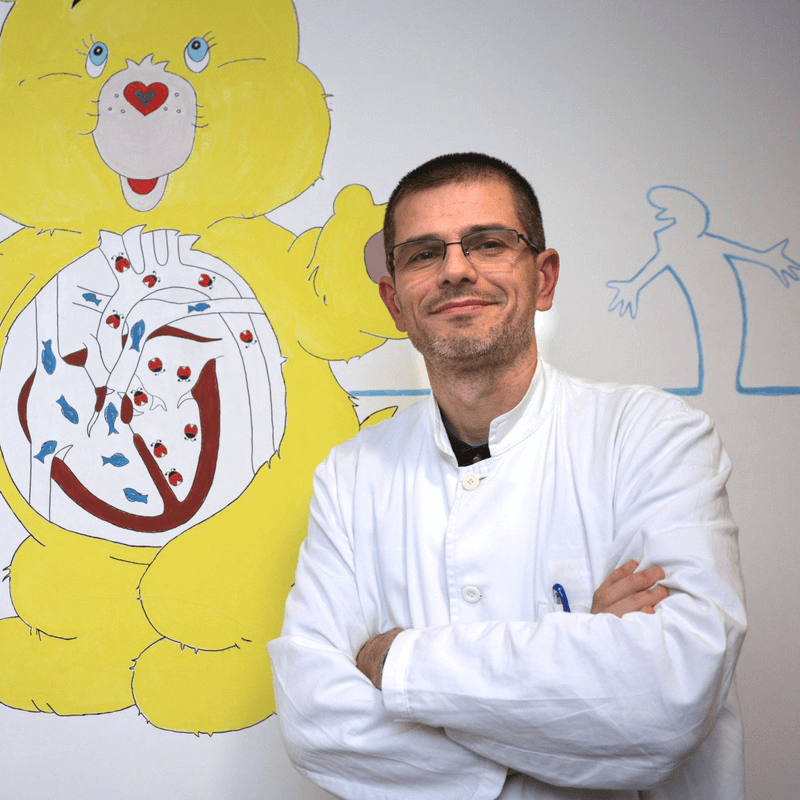 Select one of the available appointments:

There are no appointments available for VideoDoc!

Select a service and contact your chosen doctor – expert

I was born in Zagreb on 11 April 1972. I went to primary and secondary school in Zagreb and graduated in 1990 from the Education Centre for Mathematics and Computer Science with excellent marks. In 1990 I enrolled in the School of Medicine in Zagreb and graduated without delay in July 1996 with a 4.2 average. During my studies, I worked as a student assistant at the Chemistry, Biochemistry, Biology and Microbiology Chairs. I also actively participated in running the Student Tennis Section of the School of Medicine in the period from 1993 to 1996. I did a one-year internship as a volunteer at the Zagreb University Hospital Centre. Since 1994, I have been involved in professional and scientific activities at the Clinic of Paediatrics of the University Hospital Centre, and in the period before 1997, I volunteered at the Department of Neonatology and Intensive Care of the Clinic of Paediatrics. During that time, I participated in the preparation of a number of professional papers, as well as in continuous doctor training courses. From 3 November 1997 to February 2000, I was employed by the School of Medicine as a junior researcher at the School of Medicine in Zagreb on the project “Imunogenetika neuromišićnih i srčanih bolesti u djece” (Immunogenetics of neuromuscular and cardiac diseases in children), number 108-141, headed by Prof. Ivan Malčić, MD. My junior researcher status was interrupted from November 1998 to September 1999 due to regular military service in the Croatian Army, during which I graduated from the Officer Training School with high marks and attained the rank of the first lieutenant in the Croatian Army. I passed the state qualifying exam in October 1999. In 1998, I enrolled in postgraduate scientific studies at the School of Medicine in Zagreb in its first year and I completed the first and second years of study and then the third year of the doctoral programme at the same faculty. In 2001, I was selected as a paediatric resident at the Zagreb University Hospital Centre, which is why I terminated my employment at the School of Medicine. In July 2005 I passed the specialist paediatric exam and started working at the Department of Paediatric Cardiology of the Zagreb University Hospital Centre.

Articles of the author: Hrvoje Kniewald

All articles by the author
No article found

"Available for inquiries regarding gynecology and obstetrics."

"Available for any questions regarding endocrinology and diabetes."

"Available for all questions regarding ill newborn children."