How to soothe teething 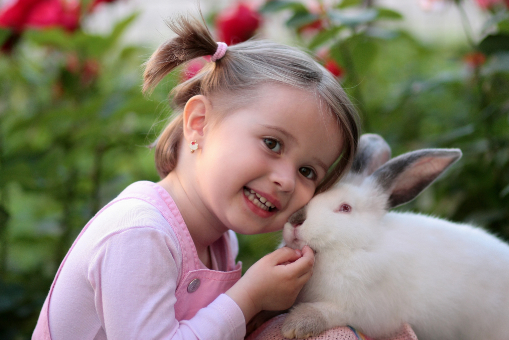 Did you know that your infant’s gums conceal both primary (baby or milk teeth) and permanent teeth? If you look at an x-ray of the head (which occasionally needs to be done due to injury or for a similar reason), you will see numerous teeth tightly packed next to each other, primary teeth atop permanent ones. The x-ray reveals another interesting fact: primary teeth have roots. We all know that when a primary tooth falls out (after several days of being loose) it does not come with a root. The root gradually disappears, melts away due to the pressure exerted by the permanent tooth below it. This is one of the reasons why it is important to care for the primary tooth, no matter how damaged it gets (due to caries or trauma) – it is saving a place for the permanent tooth below it.

At the age of 2 months, all infants start putting their hands in their mouths, biting their upper arms or fingers and drooling. Parents typically interpret this as an indication that teething is about to commence. However, this does not usually happen. Namely, at this age, all comfort comes from the mouth: the hungry, nervous or sleepy infant will effectively be satisfied by the breast, pacifier or their own hand.

The first primary teeth appear between the age of 6 and 9 months, although it is not uncommon for them to start growing after the 12th month. The teeth usually appear in the following order: lower central incisors, then the upper ones, and so on. Of course, unusual variants are found here as well. The last to appear (between 20–30 months) are the second molars.

As previously mentioned, teething is individualised and variations of 2 to 3 months are possible. Nevertheless, consult your dentist if the teething is 6 months late and if all primary teeth have not appeared by the age of 3 years. Sometimes, the baby is born with one or two teeth (so-called preteeth). They should be removed to ensure painless breastfeeding.

Usually, parents see the beginning of teething as a special occasion: they anticipate painful crying, nervous biting of anything the infant can put in their mouth, fever, diarrhoea and sleepless nights. Equally frequently, the parent may feel the new tooth with their fingertip and realise that nothing spectacular has preceded it. In most cases, teething is a process that occurs without difficulties (or, at least, without any significant difficulties). However, in rare cases, it can be very unpleasant: the gingiva is visible, redness, sometimes accompanied by haematoma, appears, or even lymph in the area where the tooth has broken through the mucosa. Infants seem to produce a lot of saliva during teething, but studies have shown that salivation actually occurs at a normal rate; however, rash, local irritations and putting objects into the mouth cause the saliva to accumulate and pour out, which makes it seem that excessive salivation is under way.

Regardless of the type of teething, the infant will not get a fever! When an infant gets a fever unaccompanied by other symptoms, family members often ascribe it to teething. However, this is not the case. The fever may be caused by a viral or even severe bacterial infection, so the child should be taken to see a doctor.

Painful teething may be accompanied by more frequent and softer stools. Namely, the pain causes accelerated peristalsis. This may also occur with other types of pain (e.g. ear infections).

To alleviate the pain, use appropriate toys, rubber rings and similar products that massage the painful areas in the infant’s mouth. Some of them contain fluids which help them stay cool after being stored in the fridge.

Numerous gels and fluids containing local anaesthetics are also available. Smearing them on the painful areas of the gums reduces the pain for about 30 minutes.

A few sips of cool, sweetened tea may also help (this has proven effective for reducing pain after immunisation). Be careful with herbal concoctions – I would recommend only those that have been registered as a medicine, as this guarantees their effectiveness and cleanliness.