What are head lice?

The head louse is an arthropod, a type of parasite. It lives only on humans, close to the hair line. It prefers areas behind the ears, on the neck and the back of the head. The louse cannot survive on pets. It is greyish-brown and feeds on blood from the hair root. It can survive for only two to three days without food. Adult lice can live up to a month. During their lifetime, females lay five to ten eggs a day, primarily close to the hair root. The nymphs (immature lice that hatch from the nit) develop in six to ten days, go through various stages of growth and become adults in the course of ten days. The adult louse is one to 3 millimetres long. The nit or egg is 0.8 to 1 millimetre long, light brown or greyish in colour, oval in shape and visible to the naked eye.

How often do lice appear and who can contract them?

From 2% to 10% of school children in Great Britain have head lice. They are most frequent among preschool children and students in the lower grades of elementary school. The infection often spreads to other family members of the child who has contracted lice.

How are they transmitted?

The head louse is a wingless insect with six legs which cannot fly or jump. It uses special claws to latch on to human hair. As such it can only be transmitted through close physical contact (head to head). There is some indication that it may also be transmitted via objects (combs, hair accessories, hats or clothes).

What are the symptoms of head lice infestation?

Many infestations are asymptomatic. The most frequent, well-known, and sometimes the only symptom is itchiness. The saliva created by the feeding lice causes itchiness of the hair root, neck and shoulders. This occurs 2 to 6 weeks after the first infestation. With the second infestation, it may occur in just one or two days.

Other possible symptoms include rashes (erythema and uritcaria) and the swelling of the lymph nodes behind the ears or on the neck. Scratching may also trigger bacterial infections of the skin.

How to confirm the diagnosis?

The diagnosis is confirmed when live head lice are discovered. The hair root should be thoroughly combed with a narrow comb (the hair should ideally be wet). Search for live lice – use a magnifying glass if necessary.

The discovery of nits does not confirm the diagnosis of head lice. Living eggs are yellowish-brown or brown, while freshly hatched ones are white or cream-coloured. Eggs located several centimetres from the hair root are no longer living. The difference between the nits and dandruff can be determined by attempting to remove them: dandruff is easily removed with a comb, while nits are stuck to the hair.

Which therapy should be applied?

Therapy is necessary only when live head lice have been identified. Examine all members of the household but treat only those bearing live lice. A general decontamination of the entire household is not necessary. Since lice may survive inside bedlinen, towels or clothes, these objects should be washed at high temperatures (over 50°C).

To fight hair lice, four approved preparations (in reality, neurotoxic insecticides) are available: malathion, permethrin, phenothrin and carbaryl. There are no reports of the products having a neurotoxic effect if properly applied. All the products are available in pharmacies without a prescription. They come in different forms, such as lotions, liquids and shampoos (the former two being more effective than the latter).

Until the middle of the 1990s, clinical studies indicated that all products had an efficiency rate of up to 80%. Since then, a decrease in efficiency has been established, so a change of product is recommended in the case of re-infection.

Two new products have recently been registered: a dimethicone-based solution and an isopropyl myristate/cyclomethicone one. Their efficiency does not stem from their neurotoxic effect, but from the fact that they create ear fluid imbalance. The efficiency of these new products ranges between 70 and 82%.

Hair should be examined two to three days after the second treatment. If live head lice are still found, the treatment should be repeated, but with a different product.

Is there an alternative to chemicals?

Brushing wet hair with a thick comb presents an alternative to chemical treatments. The efficiency of this method is estimated to be between 50 and 75%. It is possible to buy an entire set containing a regular thick comb, an electric comb and repellent spray. Combing should be performed for half an hour on every third day over two weeks. There are no side effects, which is why many parents prefer this type of mechanical treatment.

Natural remedies such as herbs, vinegar, alcohol and mayonnaise are not only inefficient, but many of them are also potentially toxic (petroleum and kerosene).

Prevention does not exist, because lice do not differentiate between clean or dirty, short or long hair. Contrary to popular belief, they do not correlate to social status, either.

There is just a small probability of lice transmission via combs and hair pins, so changing these objects may be seen as a type of prevention.

Head lice infection does not justify exclusion from school.

All forms of therapy have a certain degree of inefficiency and need to be substituted when they begin to prove ineffective. 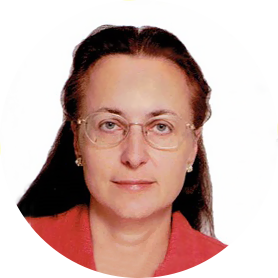